At 31 he is the youngest Board Member. Nabeel has been Managing Director of United since his father’s retirement in 2009 since when the Company has grown by over 50%; he first joined the Landmark Board in October 2010. United’s Business mix of Retail, Catering and Foodservice in both Cash & Carry and Delivered closely matches that of the Landmark Group.

Nabeel says that he will apply the same levels of enthusiasm and endeavour to his role on the Landmark Board as he does to his own Business, “I believe that the future prosperity of individual Members will depend very much on the strength of the Group and I am fully committed to developing Strategies that will ensure that Landmark is always the ‘Wholesaler of Choice’.”

Congratulating him on his appointment, Landmark Group Managing Director, Martin Williams said, “This was a unanimous decision by the Board and recognises Nabeel’s drive and commitment to his own Business as well as that to the whole Group. He is a great Strategic thinker as well as a day-to-day practical operator and will provide great support to our Chairman, the rest of the Board and the Central Office team.”

Sam Wilcox also welcomed the appointment, “It’s great to see someone so young achieving so much; we are sure that Nabeel will add a great deal to the Board in his new role.”

Landmark Wholesale also recently announced the appointment of the owner of Sun Mark, Rami Ranger MBE, FRSA, to the Board. Rami recently won the IoD Director of the Year Award for the second consecutive year and Sun Mark has won the Queen’s Award for Enterprise in International Trade for an unprecedented five years in a row.

Part Of The Unitas Buying Group 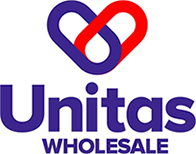